Military Calisthenics are a little secret the US Armed Forces have been hiding for a couple of years now. They’ve been using Calisthenics to train their men and women to be fighters with great results. The reason is simple: Calisthenics does what the military seeks in a soldier when it comes to physical fitness and mental fortitude. Whether you’re prepping for bootcamp or you just like the aesthetics of that military physique, calisthenics can help you achieve your goals. All branches of the military require daily calisthenic exercises from their recruits and for good reason: it builds speed, stamina and strength. Exactly the kind of things military leaders seek from their warriors. With the following Military Calisthenics exercises you too can reach that ideal.

Train like a real warrior? Start with the VAHVA Fitness Warrior program!

Why the Military chose Calisthenics

Calisthenics as we know it, isn’t very old but the military jumped on it because of its effectiveness. Military calisthenics emphasizes building strength but moreover repetition. You need to be able to lift your gear and weapon easily but also, many times repeatedly to be an effective fighter. Army bootcamp is 13 weeks so this home Military calisthenics program will take that amount of time as well. We advise that you don’t do this program and the bootcamp back-to-back. Get one or two weeks of rest in between to allow your body to heal properly.

The thing is, this type of bodily exercise to prepare yourself for war is nothing new. Military Calisthenics in its most fundamental for isn’t new either. Ancient Greek warriors like the famous hoplites trained very similarly to what we would call Military Calisthenics today. So similar in fact, we’d be challenged to name any differences (right down to the diet!). Roman legionaries also had their own version of Military Calisthenics and were among the first to adopt the principle of “you train like you fight; you fight like you trained”. That meant ditching the weights and picking up a shield and wearing armor all day long.

When modern reenactors tried fighting in a medieval “melee”, that is to say two groups wearing full head-to-toe steel armor and going at it, they found no one could keep up fighting for more than 15 minutes. It was that exhausting. Not only did these reenactments change our historical perception about how battles were fought — Hollywood got it wrong again — it also made modern military thinkers realize one core thing. A soldier’s physical fitness on the battlefield is determined by how often he can repeat a stressful task and in a short amount of time before he or she can’t anymore. Of all fitness branches, Calisthenics fits this description perfectly.

Military Calisthenics thus has a long history of being at the core of victorious professional armies and being adopted by that era’s dominant cultural power; be it Sparta, Athens, Rome, France or America. Whether they were fighting face to face in massed formations or running and shooting, the individual warrior had one thing in common: Military Calisthenics.

Just like Army Basic Training, our Military Calisthenics Workout is a 13-week routine. If you’re doing this workout in preparation of bootcamp, we advise you to start 15 or 16 weeks in advance. That way, you have a 2-week resting period between completing our Military Calisthenics workout and starting doing Calisthenics again in the actual military. Our workout plan is optimized to build both strength and stamina at the same time. It is not geared towards building muscle bulk, rather to provide you with strong lean muscle mass which can take a burden time and time again.

The Military Calisthenics Workout routine is divided into four phases, each phase being 4 weeks long with a final “Hell Week” phase being 1 week long. Each week within a phase is about the same difficulty level as the other weeks, with a mild progression. Each consecutive phase is harder than the previous phase. This combines both a gradual with an incremental difficulty scale, the best way to see results fast.

Warm-up week, this week is where the wheat is separated from the chaff. Do you really allow yourself to lose?

After the first four weeks, you’ll start noticing a change in your body, mentality and physiology. You no longer crave sugar, instead meat and fibrous vegetables become irresistible and you’ll find an almost insatiable hunger for them. This is a good sign; it shows that your body is growing stronger. The Military Calisthenics is having its effect. Eat more and eat health and don’t worry, your body will be putting it all to good use. If you think you might not make it, fight harder!

In Ancient Rome, you first had to serve in the army before you could run for elections. Seeing as their training was about the same as our Military Calisthenics, what does that say about their politicians? Or rather, what does it say about ours? Are you ready to take your responsibility and serve your country? If you give up now, you’re not failing your country, you’re failing yourself.

You’ve made it, this is the final stretch. This week will require everything from you, mentally and physically. But rise to the moment and you can prevail!

You Are a Warrior(?)

Congratulations if you made it through our Military Calisthenics workout. It was a true test of mental and physical fortitude but like with all delayed gratification, the rewards are well worth the effort. Your body will be better able to cope with the stress of whatever the army throws at you and you will heal faster. You’ll reach that desired level quicker and not suffer the same pain as your past self would have.

Will you make it through boot camp easily now? No, not easily but much easier for sure. Instructors are trained professionals in Military Calisthenics themselves and they will know soon enough what your limits are. They’ll see your warrior physique and notice how much easier you have it than the rest. It is their job to push you to your limit, whatever that limit may be. If you can do five sets, they’ll demand you do seven. It will seem unfair and you need to learn to not give a damn about that unfairness right away. Only a can-do attitude which doesn’t care about fair and unfair treatment will survive.

Train like a real warrior? Start with the VAHVA Fitness Warrior program!

One tip: Don’t brag or make it all seem too easy. We’re not saying you should try to fool your instructors, but there’s no reason to attract their attention either. Shower time is naked and public anyway. So, you can’t hide it. Just don’t flaunt it either.

In the military, you won’t have the luxury of ergonomically fitted Calisthenics equipment. Whichever way we prepare you, there will be some difference between training by yourself and having a Sergeant yelling in your face, telling you get your face in the mud and do push-ups. Parody aside, using a Weighted Vest will mimic the extra gear you’ll be carrying as a soldier. In particular during combat situations, the Weighted Vest will be very reminiscent in fit, size and weight of your body armor. 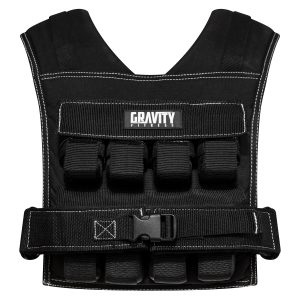 
Does the military use calisthenics?

The military uses Calisthenics as its integral physical exercise routine to train all their personnel. It doesn’t matter what branch of the military you apply for or whether you’re becoming a private, an NCO or an officer; everyone has to do basic training. This basic training makes heavy use of Military Calisthenics.


Why does the military use calisthenics?


Do Navy SEALs do calisthenics?

Join +5.000 others. Sign-up and get our (13 weeks) free Military Calisthenics Program straight to your inbox.