In the past, people used to think that sleep is a passive state of your body. But in the last couple of decades, researchers have found that your body (and especially your brain) is very active while you sleep. Sleep has a very important role and enables people to function well in their daily lifes, both physically and mentally. In this article, we take a closer look on what sleep is and what happens in your body while you sleep. And very importantly, we show you how to improve your sleep.

A State of Rest

Sleeping is a state of rest. It is a period of reduced activity that results in resistance to sensory stimulation and decreased irritability of the brain. While you sleep you have a lower level of awareness, but there is still some awareness. This distinguishes sleep from coma. When you are sleeping you are still aware of yourself and your surroundings. That is why you don’t fall out of bed. There is a decreased responsiveness to external stimuli though. Patients in a coma are completely unaware of themselves, even when there is stimulation from the surroundings.

Sleep and Your Brain

Sleep can be divided into two different stages. During stage one, the brain waves will slowly decrease in frequency and increase in amplitude. This is also known as the slow wave sleep. During the second stage, your brain activity is similar to when you are awake. This is also known as the REM stage. Rem stands for Rapid Eye Movement and is a unique phase of sleep distinguishable by random and rapid movement of the eyes, accompanied with low muscle tone throughout the body, and the propensity of the sleeper to dream vividly. The American Academy of Sleep Medicine classifies five different sleep phases that repeat in a cycle: four non-REM phases and one REM phase.

In this phase, you are between being awake and asleep or in a very light sleep state. Usually, it will be hard to keep your eyes open and your limbs feel heavy. An EEG shows that the brainwaves decrease in frequency and increase in amplitude. This state usually takes around 10 minutes. It is the transition from being awake to sleep phase 2.

During phase 2, you will be still in a light state of sleep but it is now harder to wake up from an external stimulus. All the eye movements are gone now and there is complete muscle weakness in the limbs. Furthermore, your heart rate and breathing slows down. An EEG will show a decrease in frequency and an increase in amplitude of the brainwaves again, but there is also another phenomenon. A few times per minute, there will be a different sort of activity in the brainwaves.

These different waves are Spindles and K-complexes. Spindles are brainwaves with a higher frequency that lasts one second. It is believed that spindles make the brain less sensitive to an external stimulus. K-complexes are high amplitude slow waves that also take one second. The K-complexes are the result of an external or internal stimulus of the body. K-complexes and spindles can appear together or separated. These type of waves are typical for sleep phase 2 but can also appear in other sleep phases. Sleep phase 2 lasts longer during the second half of the night. You may spend 50% to 60% of your sleep in phase 2 during this part of the night.

In phase 3 and 4, you are in the deep sleep state. During these phases, your heartrate, breathing and brain activity are at the lowest point during the sleep cycle. During the deep sleep state, it is a lot harder for anyone to wake you up. The difference between phases 3 and 4 is the occurrence of delta waves: low frequency and high amplitude brain waves. Phase 3 has 20% delta brain waves and phase 4 up to 50%. This means that the brain activity is lower in phase 4 and it is the deepest sleep.

After deep sleep, a lighter sleep phase follows which develops into the fifth sleep phase: REM sleep. 90 to 100 minutes of the time you sleep, you are in REM sleep. Your muscles will be still weak but in this phase there will be contractions in the facial muscles and there will be eye rapid eye movements (REM). Your heartrate and breathing become more irregular. The frequency of the brain waves is high and the amplitude low. On an EEG, this makes REM sleep look like you are awake. REM sleep is also called “dream sleep”.  Dreams also occur in other sleep phases, but during REM sleep the visual areas of the brain and the areas that are responsible for emotion will be much more active. The most intense and vivid dreams occur during REM sleep.

The different sleep phases occur in a systematic cycle during the night. One whole cycle will take 90 to 100 minutes in the following order: light sleep, deep sleep, light sleep, REM sleep. After the first REM sleep, it is possible that you shortly wake up or you will just continue to a new light sleep phase. During a whole night, there will be 4 to 5 of these cycles. Towards the end of the night, the amount of time in phase 3 and 4 (deep sleep) will decrease.  But the REM sleep phase becomes longer at the end of the night.

Because of the fact that you go through 4 to 5 cycles per night, you need to get at least 7,5 hours of sleep to finish that number of cycles.  According to the National Institute of Health in the US, the average adult sleeps less than seven hours per night. In our never-resting 24/7 society, six or seven hours of sleep may sound pretty good. In reality, though, it is a recipe for chronic sleep deprivation. While sleep requirement may vary slightly from person to person, most healthy adults need between 7 to 9 hours of sleep per night to function at their best.

Children and teenagers need even more. In a following article, we will elaborate on the health benefits of a good amount of sleep. The amount of sleep is important, but the quality too. Every sleeping phase during a sleep cycle offers different benefits. However, deep sleep and REM sleep are particularly important. During deep sleep, your body repairs itself and builds up energy for the day ahead. During REM sleep you mind and mood get a boost.

Even though you are not doing  anything, sleep is actually an active state that is very important for rest and recovery. Every night you will go through a sleeping cycle and different phases of sleep. This gives your body the chance to repair itself and build up energy for the next day. Making sure you get enough sleep is an investment in the energy you need to be effective tomorrow.

Besides sleep, nutrition is also essential for muscle recovery. There is a lot of great information about the right kind of nutrition for you right here. 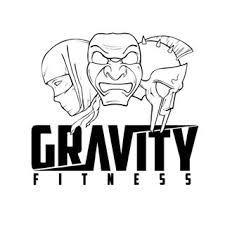 Latest articles
wpDiscuz
Join Waitlist We will inform you when the product arrives in stock. Please leave your valid email address below.