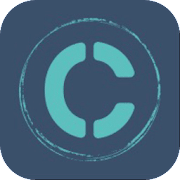 About the Caliverse App Review

Caliverse is dedicated to creating an online Calisthenics community and does this primarily through their titular Calisthenics app. Since they are focused on app development, it should give them a leg-up in that regard compared to the competition. They started their operation in 2019, combining a passion for Calisthenics with that of software development. The result is the Caliverse App, used by tens of thousands of Calisthenics practitioners looking to get healthy, ripped and more. Caliverse also runs a moderately sized instagram account, primarily meant to offer support and answer community questions.

What To Expect from the Caliverse App

In their own words, Caliverse attempts to bring the Calisthenics community together through an online app. This means bringing practitioners and coaches into contact with one another and facilitating both solo exercise routines as well as meeting up in local gyms. They summarize this in a few short bullet points on their website and app page. However, the implications here are huge. What they promise is essentially a complete Calisthenics experience; workouts, schedules, routines, mentors, a social network, and so on. All of this, from your mobile phone. That’s actually quite a lot.

As dedicated software developers, we expect the app part of the Caliverse App review to pass with flying colors (spoilers: it won’t, but there’s a caveat). The Calisthenics should be there, of course, but any Calisthenics book has that. What sets the app apart is all the interactive functionality a simple book with an exercise roster can’t offer you.

We’ve received much positive feedback on the way we do our reviews of Calisthenics Programs. We’ve decided on a similar method for Calisthenics Apps from now on, taking on a more (emotionally) neutral and methodical approach of dissecting apps. When it comes to apps, we decided to split our review up into 3 main categories; form & function, exercises and routines. The first part will cover the functionality, UI and user experience of the app itself. The second part will cover what you can expect of individual exercises (which will determine much of the end-results you may expect) and finally we’ll look at the routines. We’ll give our professional opinion regarding the efficacy of the training program where needed, or outsource an expert opinion on other areas.

The Caliverse app is presented in a familiar “metro” style, consisting of large pane buttons. The buttons contain most of the information in text form that you need. The layout is quite intuitive and we certainly didn’t have any trouble finding our way around after a couple of minutes. The color-scheme blends well with the natural photography used on some backgrounds and buttons. The exercises themselves are presented in a follow-along video format. The routine can be stopped, paused, resumed or forwarded much like a video playlist. Overall, the app design straddles the line between sleek and eye-catching — the product of a professional app design team. We encountered a scant few bugs during our use of the app, most of which were fixed by either going back and forth two areas of the app or by restarting the app.

The app does need a connection to the internet. Due to the high-quality videos being streamed, it will drain your digital allowance pretty quickly. We recommend making use of the app when you have WiFi coverage only.

So, about the occasional bug? Speaking to a friend who is also an app developer (not Calisthenics related), they admitted to us that a 3-year-old app (at the time of this review) is pretty young. App development can easily take years before all the final kinks are ironed out. During that time, the developers might add new functionality which will inevitably introduce more bugs. We gave them the app to play around with and their expert opinion was that the app is actually fairly clean, given its state of development.

The free version comes with over 300 exercises. You can do exercises either standalone or as part of a routine. The HD video material which runs for the duration of your exercise is great for beginners learning proper technique and follow-through. Most skills you’ll learn are purely bodyweight exercises, in other words Calisthenics. You require no gym equipment, only a space large enough where you can lay flat on the floor.

Most exercises come with different alternatives and variations. These will make the exercise either easier or harder, and will facilitate either easing into Calisthenics if you’re a beginner or to see progressive gains down the line. Many of the pre-made routines will cater to a specific difficulty level and contain the appropriate exercises.

The exercises themselves are solidly explained and executed and appropriate for what the app is trying to do.

You get to choose between pre-made routines and community-made routines to start exercising. Since you are part of the community too, you get to mish and mash routines or customize any routine you like into a new routine to a certain extent — mainly frequency and when you’ll be exercising. You can also set milestones to test yourself against periodically. There is no personalized customization in the free version, but you do get this capability with a subscription. The free version has over 100 different bodyweight routines though, which is quite impressive and should suffice for most people indefinitely. You can also choose between easy, medium and hard exercise sets. We feel the pre-made routines are sufficient from anywhere between just getting started and being an advanced Calisthenics practitioner.

All routines are preceded by a warm-up and are meant to be followed along standard time periods, usually in 4-week cycles to 12-week cycles. We recommend that you test your milestones at the end of these cycles (and have realistic expectations of them) to determine whether it is time to increase the difficulty of your routine.

Your progression is tracked on the main page, where you can see how far along your given routine you are.

The Pro version of the Caliverse app is subscription-based and costs you between $4.49 to $9.49 a month. You can get a discount if you apply for a yearly subscription instead. We must stress again that most beginners will find the free version more than sufficient for the foreseeable future. We recommend you start there. There are some features to the Pro version that will benefit some though;

A neat Calisthenics app, attractive and easy to navigate. A score of Calisthenics exercises ranging from beginner friendly to quite advanced and a host of one-size-fits-many pre-made routines which appear very effective. The Caliverse app scores high marks when it comes to making your Calisthenics routine into a mobile game. The only thing holding it back is the need for a WiFi connection and the occasional bug due to its relative infancy as software.

That said, it is free and the community and developers are great at communicating. In our minds that made the few drawbacks a data-heavy app may have disappear. It’s either or when it comes to how many bits and bytes you can send through the internet all at once. Want HD-footage? It’s going to lay heavier on the bandwidth.

What you get for that grand total of 0 dollars, is the opportunity to improve your previous lifestyle and become fit and healthy. Or, to continue down a healthy path and become even fitter. Who is the Caliverse App for? Just about anyone going from beginner to advanced Calisthenics practitioner. Once you hit that ceiling of where your own bodyweight no longer becomes a hurdle, it might be time for you to diversify with weighted Calisthenics. Many, including some of us, never feel the need to go beyond the point that Caliverse offers.

Interested in more articles like our Caliverse App review? Check out our other articles on Calisthenics Apps.